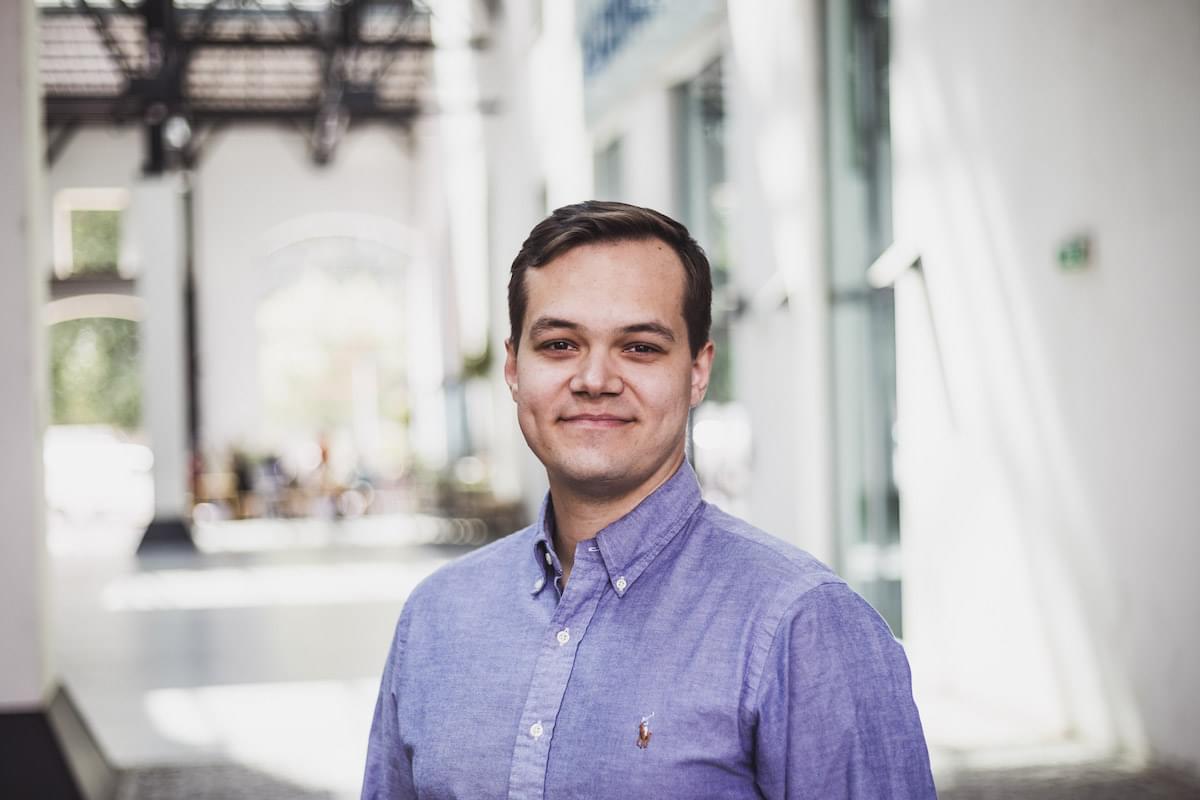 Spaceflow now has several dozen members across two continents, but when we started our team was small. Although we’ve grown, we’ve stayed nimble and are proud of our ability to plug talent into the roles that most benefit from their experience and resonate with their personalities.

Nowhere is this more clear than in the story of Adam Danek, Spaceflow’s finance manager and a core member of our Operations team.

Adam joined Spaceflow early in the company’s history in January 2019. “I knew [Spaceflow CEO] Lukas Balik, and his brother David, who is now one of our product managers, was my classmate in university.” Adam said that David was always talking about what his brother was working on with Spaceflow. Adam was working at the massive chocolate company Ferrero at the time, and said he felt the need for a change of pace. “Through talking to David I got really into PropTech, and was always asking him if there was a free position at Spaceflow,” he added.

When Adam joined, there were only around a dozen people on the team. “My role was primarily administrative at first, helping (Spaceflow co-founder and head of business) Jan with revenue growth and sales stuff. I was also the right hand to Lukas because he wasn’t just CEO at that time, but also doing operations stuff as well,” Adam said.

At the time, Adam was still finishing up his master’s degree in business, and so while still a part-time employee, he began to fulfill more finance roles on the team. “I was managing communication with accountants, issuing invoices, small stuff like that,” Adam said. But soon, Adam’s involvement in Spaceflow’s finances expanded. By the end of 2019 he became Spaceflow’s first finance associate.

In 2020, Spaceflow hired a COO, Pavel Jiránek. Pavel came from a role with one of Spaceflow’s first investors, and so brought with him a wealth of finance knowledge. Still part time, Adam became a finance analyst, working directly under Pavel.

"We introduced lots of improvements for reporting financial data, and we ended up developing our own internal spreadsheet that allowed us to have a much clearer overview of the financial situation of the company."

With Spaceflow’s emphasis on being creative with resources and doing more with less, Adam quickly found himself involved in a number of important analytical projects. “The biggest highlight when Pavel came, was when we contacted Deloitte through his network and used one of their finance spreadsheets to start an internal tool to make internal and external reporting a lot easier,” Adam said. “We introduced lots of improvements for reporting financial data, and we ended up developing our own internal spreadsheet that allowed us to have a much clearer overview of the financial situation of the company.”

In the time that Adam has been on the Operations team, Spaceflow expanded by bringing on 150+ new properties, hiring over 20 new employees despite the challenge of COVID-19, and pivoted to offering new solutions for residential clients and office buildings. Adam finally converted to a full-time role in February 2022, at the culmination of his graduate school work. “There was agreement with Pavel that my involvement should get bigger and bigger over these last two years,” Adam said. “The responsibility of helping guide and cultivate our financial plan was large, and my role has expanded with more financial responsibilities beside that.”

For his part, Pavel said that he was glad with how Adam’s role has evolved since they first met in 2020. “Finance takes up 40 percent of my weekly agenda,” Pavel said. Having Adam on his team, he said, is a great asset.

Our employees come from a range of backgrounds and have a wide variety of experience sets. Adam’s story mirrors the growth of our Operations team, from part time to full time, and from a dozen to 40+ employees.

Behind The Scenes: The First Month at Spaceflow

Are these three high-profile amenities worth it for student housing?