From Kyiv to Prague - Pavlo's path to Spaceflow in unprecedented times 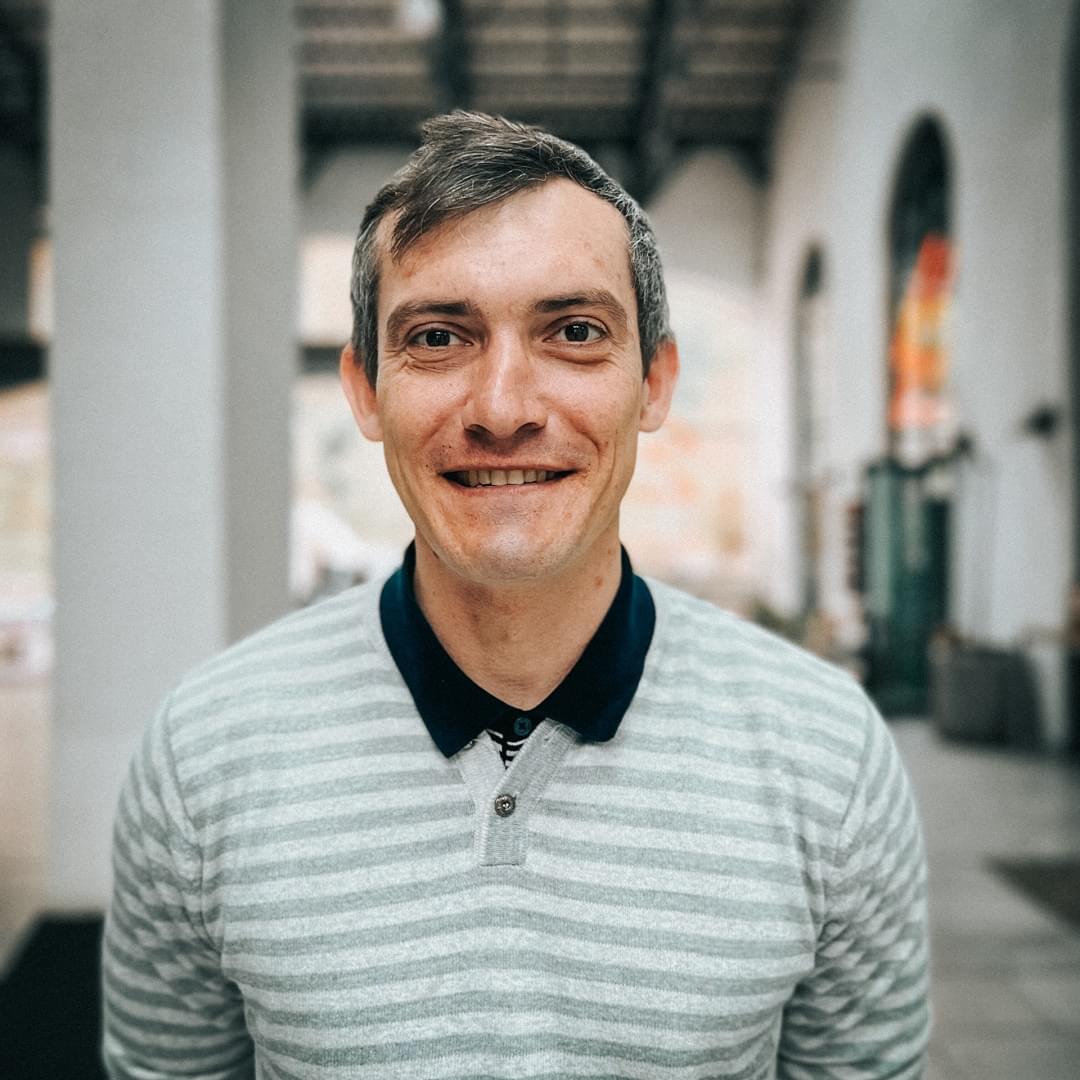 The Spaceflow team has witnessed rapid growth and big funding news in 2022. Seeing our company culture welcome more diversity by plugging in talent from 14 countries (and counting!) is truly exciting. We recently shared the story of how Adam Danek, our finance manager, joined Spaceflow, and how Patrick Beznoska pioneered our visual identity. Now we have a new story to tell.

Our Engineering team recently onboarded Pavlo Markin, a Senior Android Developer from Ukraine. From day one, Pavlo has brought incomparable value to Spaceflow’s DNA with his creativity and dedication. His path to Spaceflow brings a unique, brave story that we can all be inspired by.

From Kyiv to Prague

Before the Russo-Ukrainian war broke out, Pavlo was working for an international, Moscow-based IT company, remotely from his home. The Russian annexation of Crimea, followed by the pandemic made visiting home and his parents difficult for him. "In the last eight years, I could visit home only two times, and my parents were not able to visit me in Kyiv as well," he says. "I was looking forward to seeing my family again. I decided to take some time off from work and reconnect with my family. Around New Year’s in 2022, I went to Crimea. Shortly after that, I went to Moscow to visit my uncle and meet my colleagues in person. When I was in Moscow, the war broke out. Having a Ukrainian passport and being in the capital city of Russia, as you can imagine, was not the most ideal situation," he says.

Pavlo had no chance to go back to Kyiv from Moscow and his company collapsed as soon as the war started. "My time in Moscow was stressful and it was hard to see what to expect from life, though I had to search for a job to be able to quickly move somewhere else. I do remember sending out my CV to Spaceflow while I was still in Moscow," he says, "but in those unprecedented times, I had to make sure that my cat was somewhere safe, as I didn't know where I would go, what job offer I would take and how long it would take me to settle somewhere. I did not want to risk her life as I travelled from one country to another. I decided to take her to my parents' house," tells Pavlo.

Unfortunately, before he was able to leave for Crimea with his cat, he was stopped by the police in the city centre of Moscow. "Since I had Ukrainian documents, it was a very unpleasant situation. I was imprisoned for three days. Getting out there, and reaching Crimea, and coming back to Moscow again was very challenging. I had to come back to Moscow to be able to move to another country, as means of transportation were quite limited elsewhere. I managed to get to Saint Petersburg, and then to Estonia. Throughout the whole process, moving from here to there, waiting in borders, regardless of all the difficulties, without access to social media, information, friends and family… I managed to keep on looking for a job, and I realised that I could have great opportunities in the Czech Republic, due to the growing strength of the IT job market here. The majority of the offers I had received were from the Czech Republic, which was why I decided to set a route to Prague," he explains.

Pavlo had his second round of job interview scheduled with Spaceflow on the day of his arrival in Prague from Tallinn. "I finally got to my hotel room in Prague, and I had to join the interview with Spaceflow in five minutes. Even though I was tired and not in the best mindset for a job interview, I did not want to cancel or reschedule, as I had a good impression of the company and the team from my previous research, and the first interview as well. I did not want to lose my chance! I joined the call, and it went just fine. I think I was on a lucky streak. I had a really good feeling about Spaceflow, and it felt right to decline the other job offers I had. I accepted the Spaceflow offer, and started working as a Senior Android Developer immediately!".

When we ask Pavlo about his thoughts and feelings about living in a new country and working in a new environment, he says "When it comes to living here, the Czech language and culture are similar to Ukrainian, which makes it easier to get adapted to life. So far, I didn't have any problems adapting to the city or the country. It felt like I had moved to another city in Ukraine. I feel home here. My two very close friends are in the Czech Republic, which has helped me find a community here. I was lucky in getting on board with Spaceflow, finding a flat and having my registration and paperwork arranged so quickly. When it comes to Spaceflow, the company has exceeded my expectations in many ways. There is so much potential and space for project development. It keeps the ambitious spirit of a start-up, while it moves forward strategically as an established company," says Pavlo.

When we ask Pavlo about his plans for the future, he tells us that he would like to kick off great projects through the new version of the Spaceflow app, and continue building more and more electric bikes once he has the space and resources for that. At the same time, he is looking forward to reuniting with his cat, who now lives with Pavlo's parents in Crimea.

Pavlo joined Spaceflow as a Senior Android Developer in April 2022. He is from Alustha, a resort city in the Crimean Peninsula of Ukraine. Having completed his university education in computer science, he moved to the capital city Kyiv to find better job opportunities. From the early days of his career to the beginning of 2022, Pavlo lived in Kyiv, and worked as a maths teacher, computer scientist and programmer.

Establishing his career in the IT sector did not prevent him from following his dreams: travelling, making music and engineering. Pavlo travelled around Europe with his seven year-old cat named Bettie Page, who kept him company in all his trips. Plus, he played guitar all his life, and he was part of a band as a guitarist in Kyiv for many years. At the same time, his passion in building his own electric bikes paid off, as he was successfully able to build many of them!

Behind The Scenes: The First Month at Spaceflow

Are these three high-profile amenities worth it for student housing?